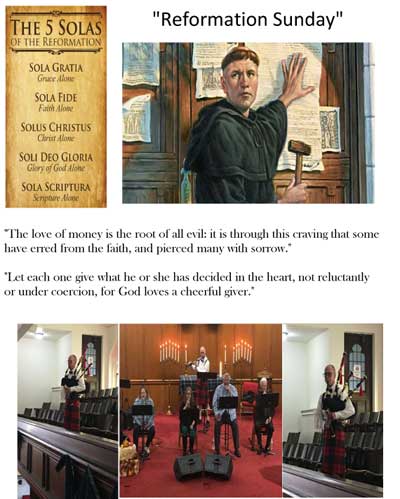 Sunday, October 27, 2019, was Reformation Sunday. This is always a highly anticipated Sunday, as Pastor Rich always has a fantastic sermon about the history of the reformation. This year's message was about John Wesley from England and his brother Charles, who wrote famous hymns like, "Christ the Lord Is Risen Today" and "Hark the Herald Angels Sing".

John Wesley was born into a strong Anglican home in which his father, Samuel, was a priest and his mother, Susanna, taught religion and morals to her 19 children.

In 1735, John Wesley was on board a ship to the New World from England. When the weather became fierce, he feared for his life as the vessel found itself in serious trouble. Wesley noticed that a group of German Moravians were not afraid and they sang calmly throughout the storm. When the trip ended, Wesley asked Peter Boehler about his serenity, and the Moravian responded with a question - Did he have faith in Christ? Wesley answered that he did, but later reflected, "I fear they were vain words."

After he had returned to England from the New World, on May 24, 1738, Wesley went very unwillingly to a society in Aldersgate Street, where someone was reading Martin Luther's preface to the Epistle to the Romans. While the reader was describing the change which God works in the heart through faith in Christ, Wesley felt his heart strangely warmed. He stated, "I felt I did trust in Christ, Christ alone for salvation, and an assurance was given me that He had taken away my sins, even mine, and saved me from the law of sin and death."

Wesley was an organizational genius and started what is now know as the Methodist Church. At his death, Wesley's followers were 294 preachers, 71,668 British members, 19 missionaries (5 in mission stations), and 43,265 American members with 198 preachers. Today, Methodists number about 30 million worldwide.

Here are some photos taken during our Reformation Sunday service. 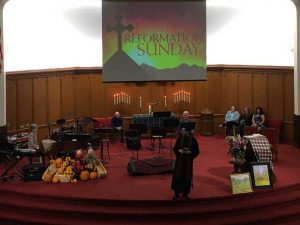 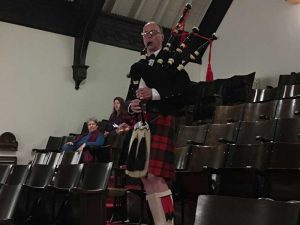 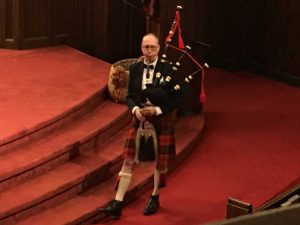 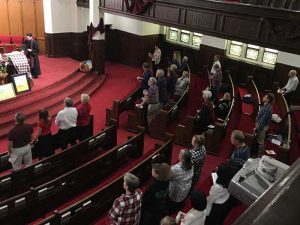 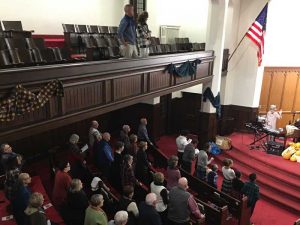